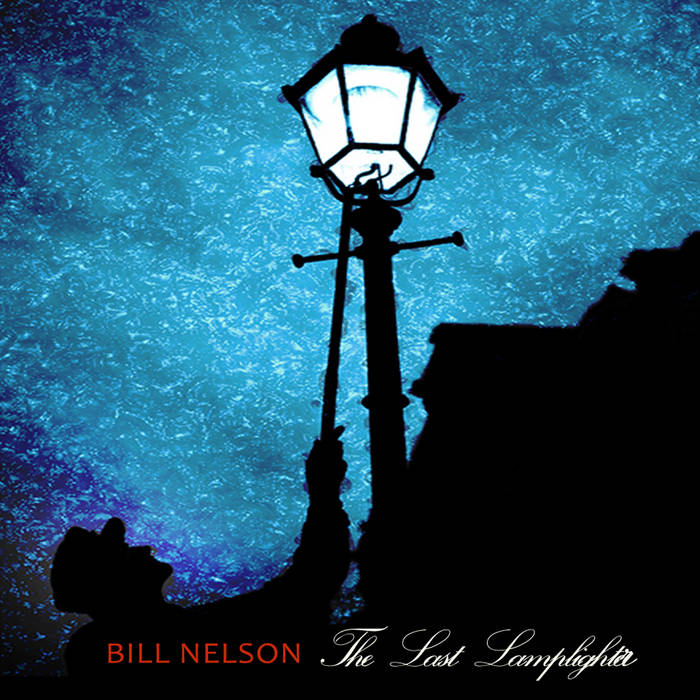 mo497 Like fine, vintage wine, Bill Nelson’s guitar virtuosity continues to improve with age. Case in point, this wonderful new release. Not to be missed! Thank you, Bill!

'The Last Lamplighter' is a brand new album and is intended as a companion piece to 'Stand By: Light Coming...'
Many of its tracks were originally intended for the latter album but running times dictated otherwise. I decided to combine them with tracks I'd laid aside for an album titled 'Vulcan Street', an album and title I'd abandoned. A few more tracks were also recorded to make up the track count and the 'The Last Lamplighter' was the end result.

'The Last Lamplighter', at first, had a subtitle: ('Return To Vulcan Street'), but this was dropped from the final artwork.

The album contains 15 tracks of mostly vocal-based songs but with a couple of instrumental interludes. It has an eclectic mix of styles.

The title track is dedicated to my Great Grandfather on my Mother's side of the family, (John Henry Griffiths,) who actually worked as a lamplighter in the city of Wakefield in the 1930s and '40s. He passed away in the early 1950s when I was very young but I can remember visiting him in his bedroom at Marriot's Buildings where I was born. He spent his last couple of years in bed and seemed to be a gentle old man although my Mother tells me that he was sometimes difficult and often drunk when she was a child. She acknowledges that he mellowed in his old age and that he liked and looked forward to seeing me. My Mother also recalls, as a young girl, sometimes accompanying him on his rounds as a lamplighter on the then cobbled streets of Wakefield. A romantic image that inspired the album's title track.

What was to be the central track of 'Vulcan Street' is also included on the album. 'Vulcan Street' conjures images of terrace houses, infernal factories and sparks and fire in my mind, the industrialised grey and foggy North of the 1940s and '50s. Had there been a Vulcan Street in Wakefield back then, I'm sure it would have had its lamps lit by my Great Grandfather.

This new album is a download only release and is exclusively available from my Bandcamp page.
It comes complete with downloadable artwork which you can print out to use when burning the album to a CDR.

I hope you will enjoy it!

For further info, check out the album's page on www.billnelson.com/last-lamplighter