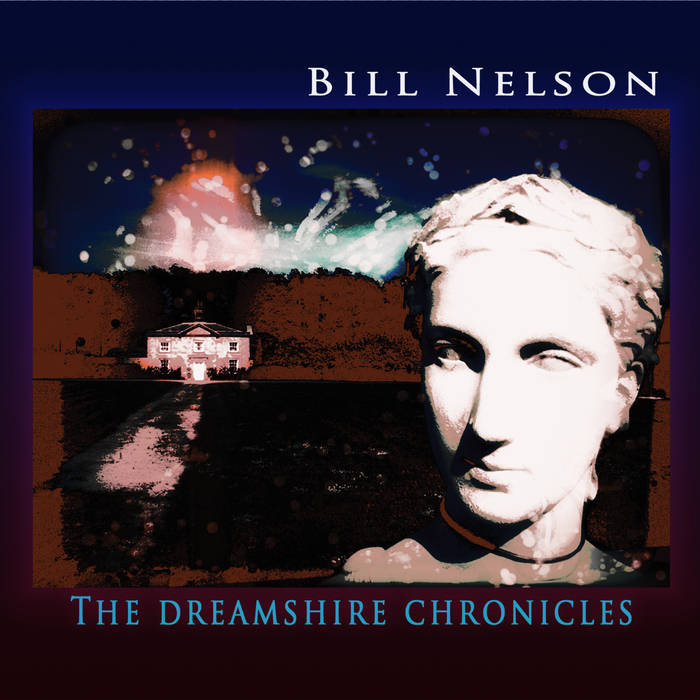 Nick Bradey Superb set - Bill is in fine form here . This music is highly addictive. My long term aim is to get all of Bill’s music . Sadly this will take some time ….
Keep up the good work Bill 👍👍👍 Favorite track: Garden Railway.

notjustdad I have to say that I am playing this album a lot. The many layers reveal something new with each listen. As always, the guitars sound great but the overall production of the piece is very, very good. Love it.

thirdsystem This is excellent. Diverse, different, many changing moods with some great melodic themes. One of my favourite albums already. Thanks Bill, great stuff.

Tony Why do you love this album? He's Bill Nelson and absolutely unique. The soundtrack of my life since Sunburst Finish and the Big Bang.

'The Dreamshire Chronicles' is a double album mixing vocal and instrumental pieces, first released on CD in November 2012.

"It contains a wide variety of styles, all of which have proved popular with many fans these last ten or fifteen years...and every track sounds, I'd say, just like 'me'.
The only way to describe it is for you to hear it. It's a cornucopia type of album, mixing styles and genres as if they were ingredients in a sonic cocktail. A track may start out in one mood but mutate through several others to end in a completely different place. It's music to listen to and follow as if you were reading an adventure story.
'Dreamshire' is richly blessed with golden and beautifully artificial orchestras. The whole kit n' imaginary caboodle! It also has warped blues guitars, sublime jazz guitars, ambient keyboards, broken beats, ethereal loops, haunted lyrics and oblique arrangements.
It's not in the least 'experimental', as I know exactly what I'm doing with it...but it will challenge anyone who thinks a few synth bleeps equals adventure.
This is adult music and not a throwback to '80s big-shoulder, analogue fashion, or '70s rock guitar macho chest-beating histrionics. It will confuse the bejesus out of anyone expecting the obvious pop 'avant-garde' signifiers. (At least, that's what I'm hoping for...)
Speed of light, speed of sound, stand back, mind the blast! This will be a sublime listening experience for those whose lightbulb is switched on! It's neither experimental nor rock, it's kind of beyond those categories.
It's like a bunch of different coloured fireworks going off at once and I just enjoy the individual bangs and whooshes, then try to decipher patterns from it all later, when the smoke clears.
'Dreamshire' isn't meant to be an exterior location...it's an inner landscape, located in some mysterious backwater of the mind, surreal and illogical.

"A thought struck me when I was listening through this album to prepare the listening notes:
If there was to be such a thing as a Bill Nelson 'steampunk' album, 'The Dreamshire Chronicles' might well qualify. There's something antiquated, rustic yet futuristic about this one, a kind of neo-Victorian rock n' roll, steam-powered guitar amps and Tesla-coil keyboards coupled with a symphony orchestra staffed by women in long leather dresses and tall hats. Patinated copper pipe flutes and oboes, drums fashioned from old stoves and railway engine boilers, guitars that resemble a cross between crystal sets and concert harps. Everything lit by candlelight." - Bill Nelson

Artwork files and Bill's album 'Listening Notes' are included with this download.