The Alchemical Adventures Of Sailor Bill 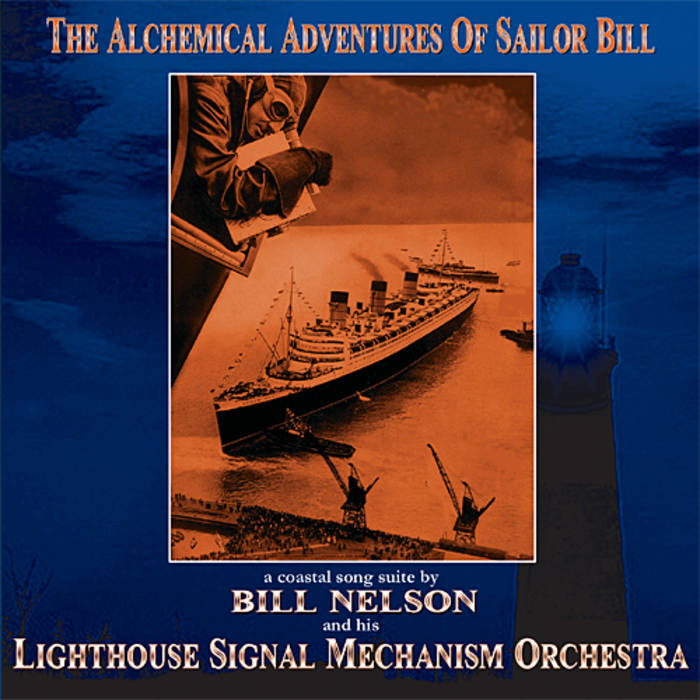 Sven B. Schreiber (sbs) Reportedly, this album is one of Bill Nelson's own favorites. In my humble opinion, it's among his best works I've ever listened to since 1971 - the release year of his debut album "Northern Dreamer". I'm a long-term admirer of Bill Nelson's unique approach to rock, wave, avantgarde, and experimental music. "Futurama" (1975), "Sunburst Finish" (1976), "Sound On Sound" (1979), and "Quit Dreaming And Get On The Beam" (1981) were among my most-played albums in the 70's/80's and onwards, and ever since are part of a small set of recordings constituting my all-time favorites. Regarding the sound and songwriting, "The Alchemical Adventures Of Sailor Bill" probably comes as close as can be to his classic "Be-Bob Deluxe" albums. Favorite track: Dream Of Imperial Steam.

John Mentzer Some of my Bill Nelson freinds call this a challenging album. I dont know. I've felt that way about others but not this one. This album sailed right into my heart unchallenged.

Tim A favourite of Bill Nelson fans, I have to admit I took a while to get to like this. Now it has, the tunes seep into your mind & demand to be played again & again. Favorite track: Ship Of Summer, All Lights Blazing.

Originally released on CD in 2005, The Alchemical Adventures Of Sailor Bill is a 12 track album of songs and instrumentals. It was followed by the instrumental companion album Neptune's Galaxy in 2006.

Bonus: The download includes all of the CD artwork PDFs and is encoded in FLAC format to deliver exact CD quality or you may download in MP3 format if you prefer.