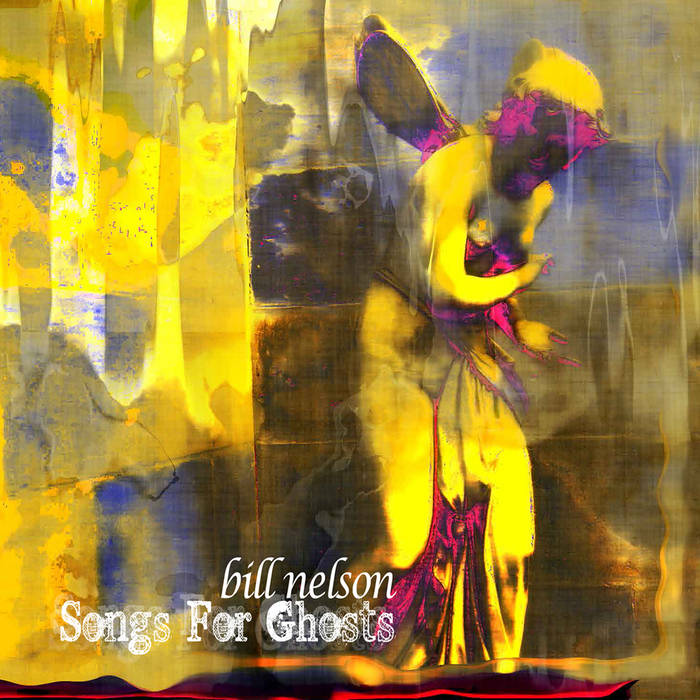 'Songs For Ghosts' was originally released as a limited edition DOUBLE CD in October 2017.

"Songs For Ghosts is a double album of predominately vocal oriented songs with a couple of mellow instrumental excursions.
The initial concept was centred around a vague feeling of melancholia, a sadness at the heart of things, but, as is usual with my work, that first idea was modified during the actual recording process.
I wanted to maintain a sense of ‘diffusion’, songs that were not quite linear, songs that refused to ‘solidify’ to a certain extent, with free-form elements brought to bear and lyrics that were slightly more stream of consciousness than anything literal or relating to specific situations. Enigmatic and automatic, like trance induced creations, unconscious communications from somewhere suggestively ‘elsewhere.'
But, inevitably, as the recording of the album progressed, this concept merged with rather more straightforward, prosaic elements, and, indeed a couple of the songs have turned out to be quite direct and specific. (I suppose my pop sensibility will never really desert me.)
Nevertheless, something of the originally intended ‘vagueness’ or ‘ghostliness,’ remains...these are songs directed at realms beyond, perhaps couched in a kind of mutant pop language, but still recognisably, ‘other.’"

The album comes complete with downloadable artwork in PDF format.