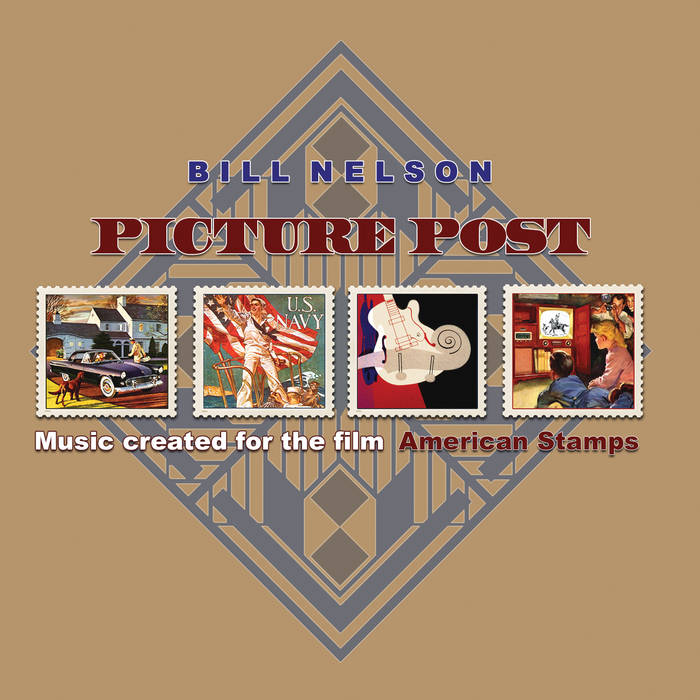 First released on CD in 2010, Picture Post was created from the soundtrack that Bill was commissioned to write for a documentary called American Stamps, broadcast by the PBS channel.

"Those of you who managed to catch the documentary television film the music was created for will have had a taster already, but the album presents the soundtrack in full focus without the documentary voice-over/narrative necessary to the film version.
It's an album of 'miniatures', 22 short pieces of very detailed, lush sounding instrumental music. The closest I can get to describing it is to say that it combines the keyboard approach of 'Theatre of Falling Leaves' with some of the orchestral textures of 'The Alchemical Adventures of Sailor Bill'.
This mixture is sprinkled here and there with electric guitar, sometimes in a slick, jazzy mood, sometimes in a chromium-plated, surf mood. There's also a touch of banjo and slide guitar. Oh, and a hint of electronica.
It's a very fine sounding album that conjures interesting pictures in the listener's mind and, as always, it offers a different approach to the previous album." - Bill Nelson