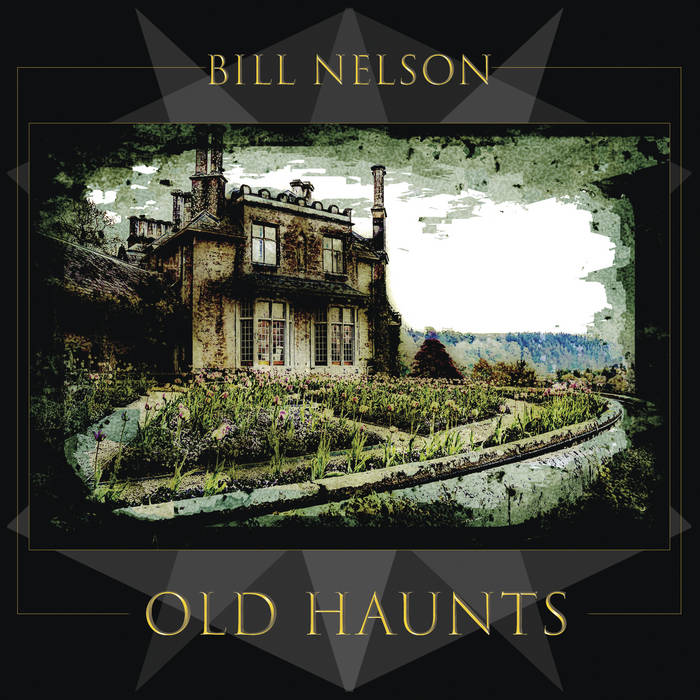 Mainly vocal, with a few instrumental tracks, Old Haunts was originally released on CD in 2019.

"The starting point was to conjure up a state of beautiful decay, reverie and nostalgia. A twilight world where rain falls gently on rusty factories and streetlamps glow with pale light on abandoned avenues.
On first listen it may seem a bit 'darker' than previous albums, but it's a gentle darkness that sparkles with beautiful light.
It's a mature album in some ways, an 'adult' album for grown-ups who seek something with a little more depth and self-reflection, rather than the more 'la-la-la' dancing around your handbag stuff.
It's simply a message from the heart and where I am at this particular point in time, as all my albums are. Just another statement of the here and now, a diary entry, a mark on the calendar. It goes on, ever forward and always in flux..." - Bill Nelson

For further information, visit the album's page in the discography on 'Dreamsville' - www.billnelson.com/old-haunts