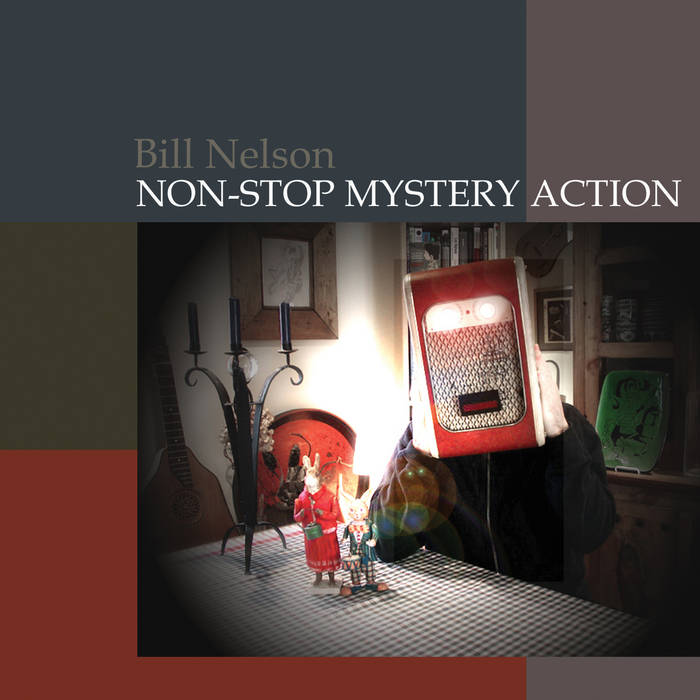 Non-Stop Mystery Action was first released as a limited edition CD in November 2009.

"This is not an album for casual listening, playing in the car, (too many quiet and subtle details will be lost), or for tapping toes to. But it IS an album for those of you who appreciate being taken on strange and somewhat dark journeys. No orthodox arrangements here, just a magnetic, hypnotic continuum of sound and atmosphere, a stream-of-consciousness flow on which to sail your paper boats of dreams.

"I'm trying not to underestimate my audience's capacity for enjoying a little weirdness with this one. I've deliberately kept it quite single-minded and 'pure' in that sense. There are no sops to orthodox tastes. In fact, there's little to hang on to if you're not used to being cast adrift in strange oceans without a life-belt. But, I'm going to take the gamble that some of you will be equal to the challenge.
Are you up to it?