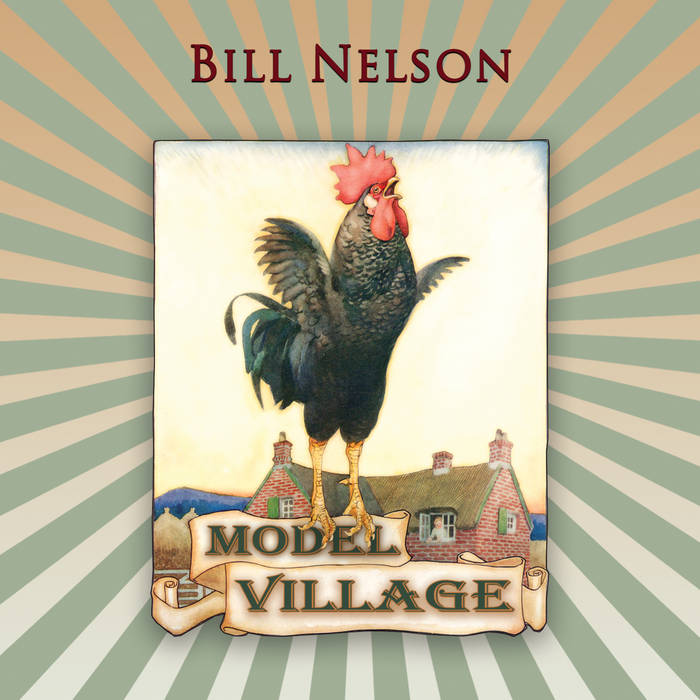 sotelosphere ‘Model Village’ evokes beautiful images - both of Bill’s concept and my own beliefs of a paradise restored on earth. Great for meaningful and conscious meditation.

Model Village is an orchestral instrumental album first released on CD in October 2011.

"Imagine an idealised, dreamily romanticised (but charmingly surreal) country village somewhere around the earlier part of the 20th century...maybe it's not far from the coast, surrounded by rolling hills, sun-kissed meadows, orchards and windmills...but inhabited by a smilingly perverse vicar and an eccentric pub landlord, buxom farmers wives, rampant milk-maids, all with an appetite for quietly illicit but gentle sensuality, all this coupled with summer thunder, fruity orchards, golden harvests and gorgeous twilights that backdrop magic stars...Well, that's what I'm aiming at.
It's a pastoral 'sound painting' which attempts to materialise the romantic, poetic, English village of my dreams...a kind of 'Bill Nelson Brigadoon' I suppose. Every time you play the album, the village appears from the mists, unspoiled, sun drenched, and summer-sweet. It's an album which (I hope) works on several levels at once.
This one has its own unique place in my 'canon'. It's an imagined soundtrack to an equally imaginary inter-war, rural life, English film documentary...Powell and Pressburger perhaps...'A Canterbury Tale' filtered through the prism of a childhood adventure annual, Enid Blyton on hallucinogenics, Humphrey Jennings with a cup of whimsical breakfast tea." - Bill Nelson

This download comes complete with artwork.
For further album information, visit the discography at Dreamsville: www.billnelson.com/model-village