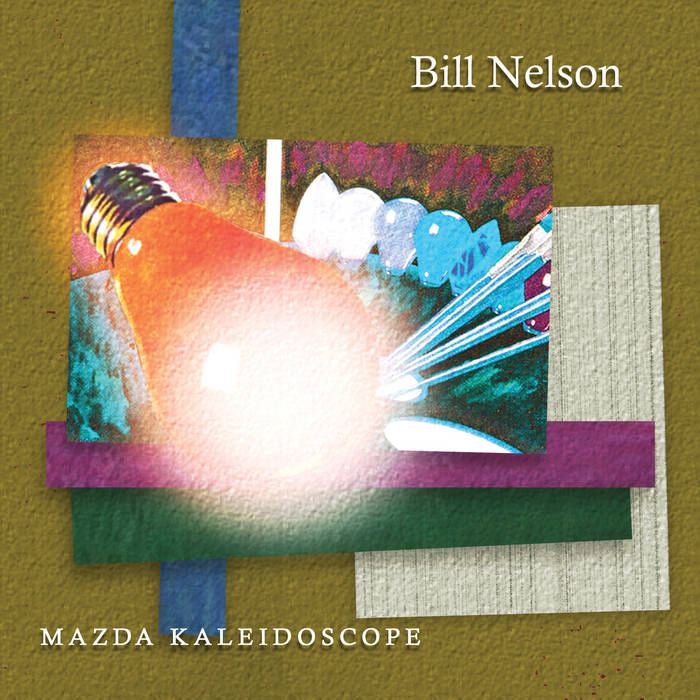 Mazda Kaleidoscope is an instrumental album originally released on CD in 2008. The album was recorded as the third part of a trilogy of complementary releases, the associated albums being Silvertone Fountains and Illuminated At Dusk.

"Mazda Kaleidoscope enters a deeper, darker space and features MUCH longer tracks. It utilises a more abstract, painterly approach, concerning itself with texture and colour as much as thematic or melodic development. It's the least 'rock' flavoured album of the trilogy [Silvertone Fountains, Illuminated at Dusk, and Mazda Kaleidoscope], certainly the least 'gung-ho' of the three. It's all atmosphere and mystery, a fog filled with gleaming stars. Which is why I'm so fond of it!
The trilogy is meant to be heard as a whole, in sequence...each album is just one third of the total idea. Until you've heard all three in the correct sequence, you'll only get part of the epic picture it paints. However, this is only the way I intended it. YOU don't HAVE to hear it as I've suggested above at all. Nevertheless, I thought it might be of interest for you to have this insight into the way I hoped the music might work across the three albums. For me, it's one epic movie in sound." - Bill Nelson