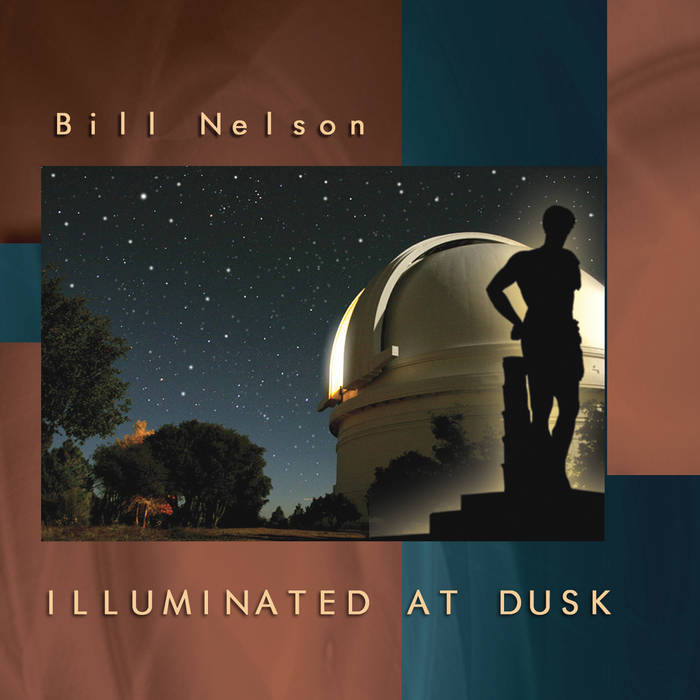 Northern Soundscapes Studios I am a Bill Nelson fan from way back, he's been a big influence on my own music. As a Yorkshireman I can tell you we're all very proud of Bill and the great success he’s had in the rock world. This album is brilliant – with exceptionally tasteful guitar playing and composition. A hugely enjoyable listen throughout. Favorite track: Switch On The Sky, Light Up The Stars.

Illuminated at Dusk is a guitar-based instrumental album originally released on CD in 2008. The album was recorded as the second part of a trilogy of complementary releases, the associated albums being Silvertone Fountains and Mazda Kaleidoscope.

"Illuminated embraces music which, (I personally felt), was a little less introspective, (on the whole). It's a bit more geared towards the rock guitar end of my spectrum...(or plectrum!). The arrangements are sometimes rather 'epic' sounding, larger and more 'up-front' than Silvertone, and there is more use of overdriven guitar sounds and percussion, though still with some odd twists and turns.
The music here might, at one time, have found itself on a Nelsonica Convention album but its purpose in the trilogy is to shift gears a little, to slip into more familiar waters before diving deep into Mazda's strange lagoon. In a way, Illuminated provides a kind of respite from the introspection of the other albums. A more familiar ride for some, perhaps." - Bill Nelson.

As always, this download comes complete with full cover artwork.