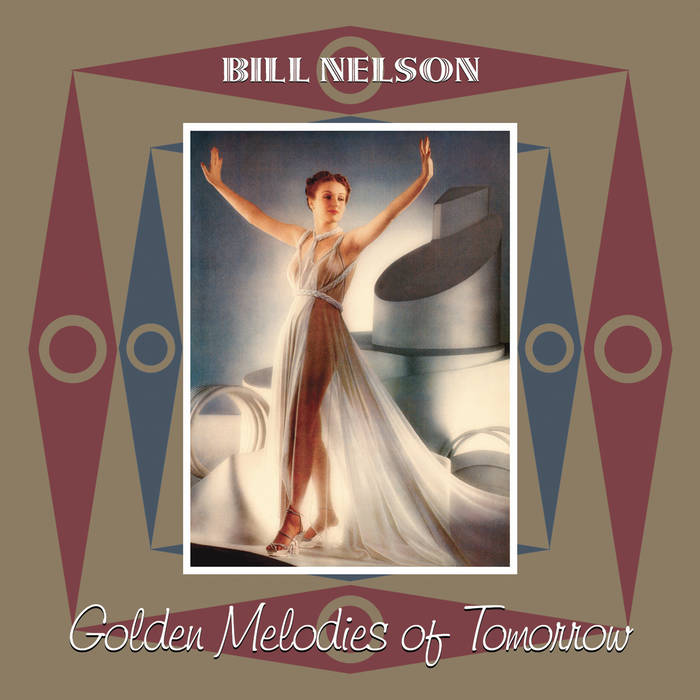 Sven B. Schreiber (sbs) Bill Nelson re-released this album exactly today on "Bandcamp Friday", so it's clear that I would buy it immediately. It's interesting that the albums I like most usually are among his favorites, too. Never assume you know Bill Nelson after having listened to a couple of his releases. He's one of the most multi-faceted songwriters I've come to know in my life. Favorite track: Golden Melodies Of Tomorrow.

First released on CD as a limited edition run of 1000 copies in November 2008, this album became a firm favourite with fans...

"Golden Melodies of Tomorrow is, I think, destined to become one of my own personal favourite albums. One that defines me, here and now, in a very direct and special way.
It's an album that ignores whatever the current mainstream is pursuing. It approaches the listener from a very different musical universe. I was aiming for beauty and transcendence and quiet power too, something futuristic but also ancient, ultra-modern but timeless.
In keeping with recent themes, I think of the album as a sort of clock mechanism, a hand-made, bejewelled movement that, (hopefully), once set in motion, fascinates and intrigues the listener with its interlocking parts and shining, myriad cogs and wheels...A golden, whirring, dream factory of song." - Bill Nelson

As always, the download comes with complete PDF artwork.

For further info, including some great fan reviews, check out the album's page on www.billnelson.com/golden-melodies-of-tomorrow