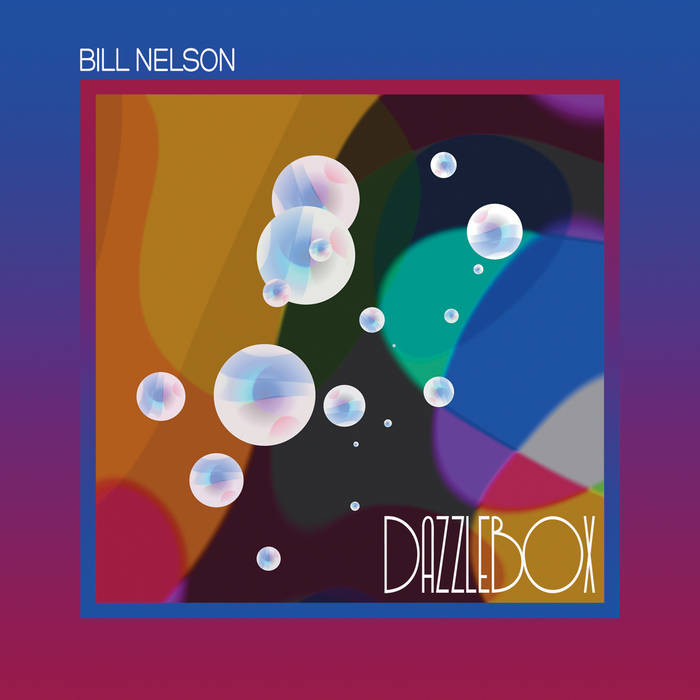 Sean Tinslay Magic
Spellbinding
Dazzling
Beyond your wildest dreams… (and then home in time for tea too!)
Who?
Two words,
Bill Nelson.

Dennis Deja Sublime! Been letting these sonic paintings waft through my speakers all day on repeat. Love "Show Home"...almost jazzy in parts. The whole set is brilliant audio pulchritude!

megordo I think Mr Nelson has finally mastered his new Cubase recording system. An absolutely mesmerizing collection of instrumentals that flow together like one long intoxicating song. Epic, but then, I've come to expect nothing less than that. Favorite track: Antique Gods.

"Dazzlebox is the second release of recordings made using my relatively new Cubase recording software. It is an instrumental double album with a variety of stylistic twists and turns. The tracks sometimes use 'distressed' drum and percussion sounds, electronic effects and keyboards but always layered with a rainbow of electric guitars.

"The thirty tracks presented here provide a rich, sometimes complex listening experience. It will require a patient and attentive ear to fully appreciate, but I hope you will take the time to unlock the music's charms and find much to enjoy." - Bill Nelson, March 2021

Founder of Be-Bop Deluxe in 1973, guitarist Bill Nelson wrote all of the bands material. Signed to EMI, the band released five studio albums and scored a top ten UK hit with the single "Ship In The Night." In 1979 Bill disbanded Be-Bop Deluxe and launched Red Noise.
As a solo artist he's worked with the David Sylvian, Harold Budd and Cabaret Voltaire as well as producing The Skids and Gary Numan. ... more

Kari Faux drops off her deluxe album 'Lowkey Superstar' plus tunes by Shunaji and Samplelov.