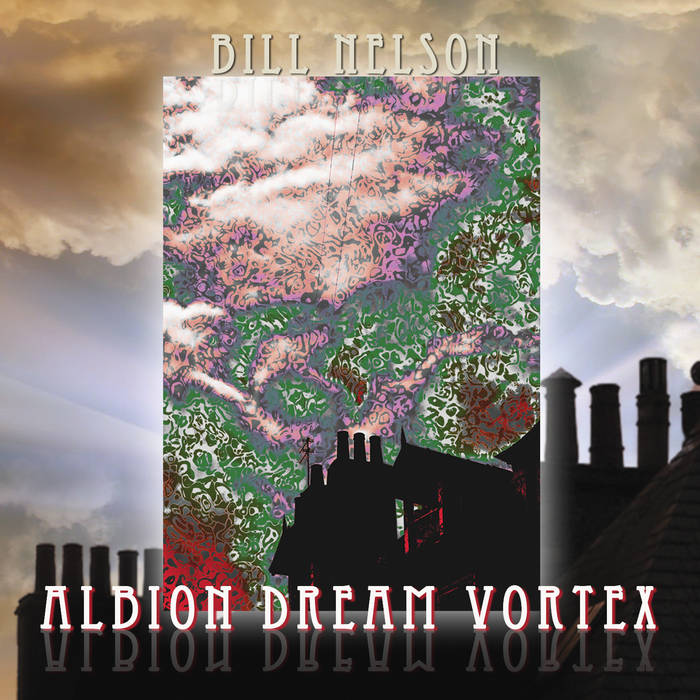 Albion Dream Vortex was originally released as a limited edition CD in September 2013.

"Albion Dream Vortex is an instrumental album blending guitars and keyboards in a variety of styles. It contains subtle references to instrumental music I've made throughout my career, embracing ambient, electronic, vintage and modern, wrapped up in a dream-like vortex of sound.

"It's not written in an obvious, 'intro, verse, chorus, bridge, verse, repeat chorus, end' form. The music is rather more fluid, sometimes 'non-linear' and develops along different lines to a rock or pop song...It doesn't attempt to arrive at a particular stylistic conclusion but grows organically from point to point without being forced to make obvious 'points'. In that sense, its 'point' is simply to be pure music, music for its own sake, as much concerned with sound and atmosphere as note choices or hooks, etc.

"Also, with this album as with several others of mine, no one track is meant to stand alone as the album's signifier, (though the title track comes conceptually close). Instead, each track forms one single building block of an entire edifice. It's a complete album rather than a collection of separate tracks and should be 'read' as a whole construction, from start to finish.

"Albion Dream Vortex treats you like an adult, doesn't talk baby language to you, doesn't feel the need to lead you by the hand through its mysterious corridors, but simply opens its doors for you to enter and explore. I hope, as you familiarise yourself with its twists and turns that you'll want to spend more and more time with it." - Bill Nelson

This download comes complete with album artwork as PDF files.
For further information and some fantastic fan reviews, check out the album's page in the discography at www.billnelson.com/albion-dream-vortex